Every year, the UK food industry wastes 1.9 million tones of food. England Your England returns to share the story of one chef and his efforts to change the way we approach food consumption in the country.

Five years ago, Douglas McMaster opened Silo Brighton hoping to change the unsustainable practices of modern food systems. His aim was simple, yet frighteningly ambitious: create a zero-waste restaurant that utilised all the food that came through its doors. This is the story of that restaurant’s first five years. 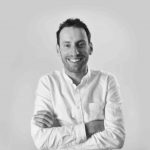 Matt Hopkins is an award-winning documentary director from the UK. His body of work focuses on powerful human-led stories told through a cinematic eye.

His ongoing short film series England Your England captures real stories from the edges of contemporary Britain while his debut feature A Divorce Before Marriage documented 5 years in the lives of I Like Trains, a band stuck in the middle.

In the commercial space, Matt continues to tell important human-led stories with strong brand messaging, as demonstrated by his work for Land Rover, The Samaritans and Shelter.

A Failure of the Imagination documents 5 years in the life of Silo – the UK’s first restaurant to not have a bin – and in essence, is a film about using creativity as a weapon to solve some of the world’s most pressing issues, bring prepared to fail, and never ever giving up.