A NEW NORMAL is a stereoscopic essay film that examines the question how to go on when everything has changed.  A young man wanders through deserted landscapes. A narrator recounts fragments of an everyday life following catastrophe. Stories start out as banal episodes but reveal various strategies to engage with a profound crisis of identity. The 3D images are both an artistic and a narrative choice: they serve as a window into his thoughts and attempts to develop a new sense of normalcy. 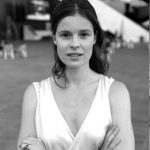 Luzie Loose was born 1989 in Rostock and grew up in Berlin. She studied communications at Universität der Künste in Berlin.

She shot experimental shorts, worked as an assistant director in theatre and worked for several prestigious German TV and film productions. Through her film work, she has been able to travely widely and work in cities such as Paris, Istanbul, Tokyo and Berlin.

In 2011 she began studying commercial and narrative directing at Filmakademie Baden-Württemberg. Spending a semester at the prestigious La Fémis in Paris on a scholarship, she realized the film Nouveau Monde. As part of the Atelier Ludwigsburg-Paris, she also directed a film that she presented at San Sebastian Film Festival.

Swimming (2017) was her first feature-length fiction film that she realized in cooperation with SWR, MFG film fund and kurhaus production. The film had its world premiere at the Busan International Film Festival and won gold at the Hofer Filmtage for best directing debut, with a laudatio by Edgar Reitz.

A New Normal is her first collaboration with the film maker Paul Nungeßer. Luzie Loose lives and works as a director and scriptwriter in Berlin. 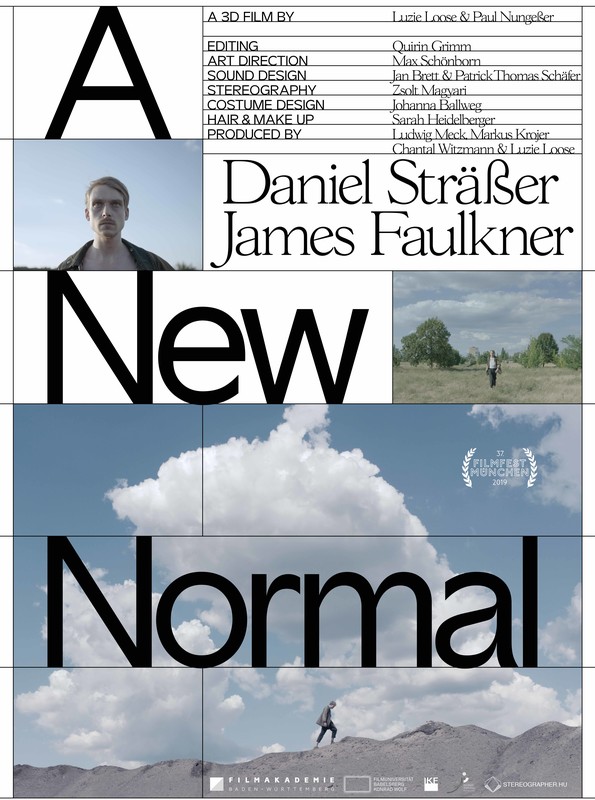 The film was shot stereoscopically and we believe that 3D is a fundamental part of the film’s aesthetic. We worked together with a stereographer from Budapest, who developed a technology that has attracted interest from filmmakers like Ang Lee. The 3D used in A NEW NORMAL is state of the art or perhaps even beyond that.