After a long time Franz returns to his hometown Klein-Reibach to play with his brass band. The big anniversary celebration is coming. But he learns that his hometown is in danger because of the old dam which is about to burst. In order to save the village, he has to rebel against the other inhabitants, who apparently don’t care about the oncoming danger. A film in three acts. 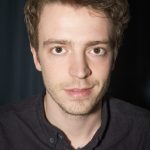 Christoph Hertel was born on August 2, 1989 in Kronach, where he graduated from high school in 2009. After completing his civil service in Nuremberg, he did an internship of almost one year at the Film Academy Baden-Württemberg in Ludwigsburg. From 2011 to 2015, he will study theatre and media studies and art history (B.A.) at the Friedrich-Alexander University Erlangen-Nuremberg. 2014/15 Hertel worked as assistant to the curator of the exhibition “What if” by British media artist Mark Leckey at the Haus der Kunst in Munich. In October 2015 he moved to the Bauhaus University Weimar, where he has just graduated with a Master of Fine Arts in Media Art and Design with the film “Nach mir die Sintflut”. 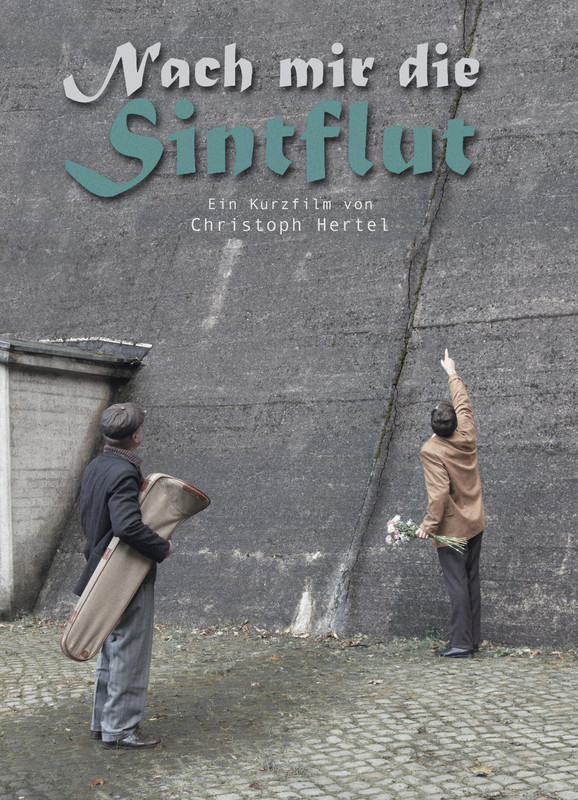 If you watch After Me the Flood, you might ask what a merry-go-round and a dam have to do with the end of the world. The wall will probably break down, young Franz finds out, if water is not drained off as quickly as possible. The only problem is that then the necessary electricity for the merry-go-round would fail. So none of the old people in the fictitious village of Klein-Reibach care about the boy’s subsequent warnings. After all, the carousel is the most important thing. So in the end it comes to an éclat and what had to happen happens.

The 25-minute film is therefore primarily to be understood as a parable. On the impending climate change and how mankind is dealing with it. But the film is not a call to action – it may be too late for that anyway. Rather, it describes in an ironic way the shortcomings of human beings and deals with the paradox of why people act the way they do and deprive themselves of their own livelihoods by invoking (economic) survival.

After me the Flood is not a classic film. There are hardly any cuts, no close-ups, no action scenes. Following the form of peasant theatre, the filmic-theatrical parable attempts to negotiate the dilemma of the people in a few static compositions. Cool and distanced, the camera looks at the figures, who – wooden and lethargic – act as if on small stages. The people are alienated: this anti-homeland film is not about the typical cinematic dramatization of a story to emotionalize a topic, but about the reflection of an abstract fact in the epic alienation.

At the same time, Nach mir die Sintflut is also an anti-catastrophe film: all the special effects, for example, were deliberately built manually – there are no computer-generated animations. For the final image, a 3m wide and 1m high model of a concrete dam was built at the end, through which a laboriously constructed miniature by Klein-Reibach was flooded with 2.5t of water. It was about anticipating the destruction of the world in the film. Always in consciousness: …that in the end, maybe art can’t do anything. Nobody will change their life because of a film. And so the whole, energy-intensive (1400€ for fuel alone!) undertaking of making a film remains a pointless working on the world. For the climate it would have been better not to make a film. And that would have described the dilemma of being human quite well. So let’s hope for the best with a view to the future: The Show must go on…