Standing Rock, 2016: the largest Native American occupation since Wounded Knee, thousands of activists, environmentalists, and militarized police descend on the Dakota Access Pipeline, in a standoff between Big Oil and a new generation of native warriors. Embedded in the movement, native filmmaker Cody Lucich chronicles the sweeping struggle in stunning clarity, as the forces battle through summer to bitter winter, capturing the spirit and havoc of an uprising. 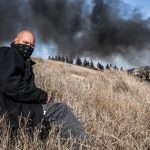 Cody Lucich is an award-winning director, cinematographer, and editor who has worked with Nike, HBO, Vice, Disney and PETA. He also works extensively in community-based media, which anchors him in culture and a deeply-rooted relationship to the notion of ‘Native media.’ Lucich is from the Maidu Tribe in Northern California and is described as a “conscious filmmaker”. With a highly stylized aesthetic and a deep-thinking approach, he is a hybrid between fiction and non-fiction worlds. 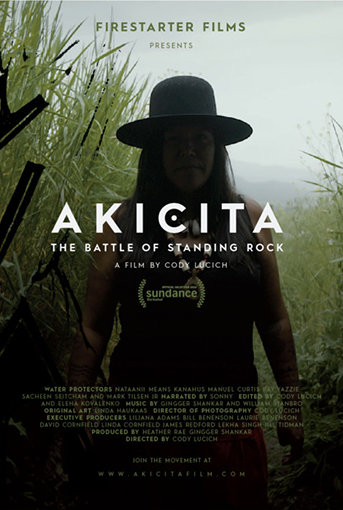 The truth is that I never wanted the burden of telling this story. I wanted to fight, build barricades, and release weekly videos to raise awareness about Standing Rock.

As dozens of Non-Native filmmakers flocked to Standing Rock and the media frenzy ensued, I began to realize as Native Storytellers, we had a massive responsibility to tell our own story.

Sifting through all the bullshit was a challenge. For one, my characters weren’t exactly the ‘media friendly’ type. So following them around verite style was tough to say the least, especially when they were under FBI surveillance and informants were imbedded within the camp. Trust had to be earned with a lot of time and work on the frontline.

Akicita is an intimate diary that was recorded from within the movement, instead of being ‘about the movement’.