A short handcrafted 16mm documentary about the fights against one of Colombia’s biggest open-sky goldmine projects.
A black and white ballad through Tolima’s green mountains, in Colombian Andes, talking to Cajamarca’s valley inhabitants. On surface, green fertile lands and peaceful agriculture. But hidden under the ground, invisible fields of gold coveted by a multinational company could reshape this whole world.
Sometimes with just their voices, sometimes accepting to show their faces, Cajamarca’s workers depict different aspects of their lives and the threat of the open-sky goldmine project they face, while their images slightly tend to disappear. 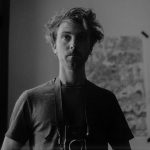 After studying cinema production and audiovisual techniques in university, Alexandre started to work as an assistant director on fiction films.

Having always been attracted by photography, he experimented analog and alternative processes on his freetime, and recently joined a pair of collaborative artist-run labs in Paris in which he has learnt how to make movies with analog film, in an autonomous way.

After a few experiments, he soon started to work on projects with the idea of linking the film’s matter with the subject. 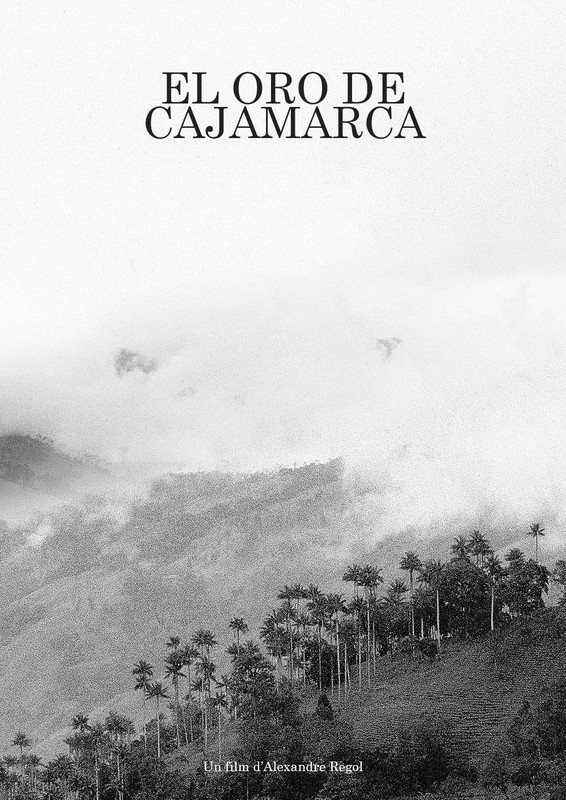 This movie takes it’s roots in a substantial period in terms of strategic resources supply in the whole world. Extractivism from the definition that was first given in South America, is the action of human societies to dig the resources of the ground without taking in account it’s dangerous consequences.

I became really interested in anti-extractivism in 2017, when I discovered an abandoned gold-mine that was prominent in the past century, while nowadays stands as one of the most arsenic and cyanide polluted ground in Europe. I first started to write a fiction film, and had the chance to travel to Colombia the next year, meanwhile getting acknowledged that great popular consultations happened in different countries of the Andean region.

I heard on a specialized newspaper that Cajamarca was one of the first communities to use their right to decide if yes or no they would allow an open-sky goldmine to set up on their land in Colombia, the choice offered to the population was, basically, trading their ancient agro-economical life (even though really badly paid) for so-called “wealthy” salaried jobs in the mining industry.

The shooting was made possible thanks to the immense kindness of the farmers, environmental organizations and inhabitants that I met on the way.

The film depicts with deliberately hazardous images a precise moment of the fight for a better life that the farmers of this region have been leading during ten years against a gigantic open-sky goldmine project. The future of this agricultural region and its environment now depends on political choices inherent to an economic development model of great pressure.

I thought very soon that using a technology of image-making being from the past and still being used in the present would suit my ideas. This film would carry, on its’ own shooting material, the mere elements of the conflict depicted here, just by being physically tangible.

As simple as it is, the silver used to create gelatin-silver motion picture film is digged from the ground. This silver that captures light and reproduces an image, acts here as if it was a reflection, a reminder, that, even though we have come to the all-digital-all-online era, we still do interact with our environment, in an extractivist and ever economically growing world.

I finally ended up in Cajamarca’s region with a large format camera and some 16mm footage, in order to record, on the moment, things that could be captured only once, without any guarantee of a satisfying result.

Against all odds, I made a film and this fight in Tolima won the battle of ideas.

But for how long is it possible to say no to one of the biggest mining projects in the world ?