Twenty years ago Christopher Walker was the first filmmakers to tell the story of the fight against Big Oil in the Amazon basin of Ecuador. Filming over 3 years, our film covered the fight by the Waorani people to remove the oil companies from their lands and preserve the Yasuni Park – one of the most biologically diverse regions of the world. TRINKETS & BEADS won many major prizes worldwide and was shortlisted for an Academy Award Nomination – being named an ‘outstanding documentary ‘ by the Academy of Motion Pictures Arts & Sciences. The film publicized the Waorani’s struggle around the world, and was instrumental in gaining support for the subsequent moratorium on oil drilling in the Yasuni National Park.
In 2013 Ecuador’s President Correa announced an end to the moratorium on oil drilling in the Yasuni Park, opening it – and Waorani lands – to oil drilling once again. Extensive oil drilling in Ecuador is not only further destroying the Amazon rainforest and the livelihoods of local people, but also continues our dangerous global addiction to oil – contributing to further global warming. Nowhere in the world are the battle lines on climate change and indigenous rights more sharply drawn than in the Amazon rainforest – where any destruction affects the entire planet.
Filmed over 3 years, SPEARS FROM ALL SIDES reveals the progress of this new oil invasion from the intimate perspective of the Waorani people. Moving from the deep Amazon rainforest to Washington D.C. and back, it is a dramatic story of deception, brutality, betrayal, and in the end hope. 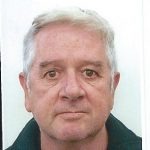 Christopher Walker is a multi award-winning filmmaker specializing in telling stories of oil and indigenous peoples . His film TRINKETS AND BEADS, on one small Amazon tribe fighting oil was selected as an “outstanding documentary of the year” (SHORTLISTED FOR AN OSCAR NOMINATION) by the U.S. Academy of Motion Picture Arts & Sciences. It was showcased on HBO and won numerous awards including Best Independent Film at the North-South Media Encounters, Geneva, Best Film at the Windy City International Documentary Film Festival, Chicago, Golden Spire, San Francisco International Film Festival. His report into corruption of oil revenues CONGO: OIL GOTTEN GAINS for Al Jazeera English was internationally recognized as “a fantastic piece of reporting”. For his film HUMAN RIGHTS IN BURMA, he was the first to film undercover slave labor building the Thai-Burma pipeline for French oil company TOTAL. His recent report TAR SANDS: TO THE ENDS OF THE EARTH has been influential in shaping European Union policy on fossil fuel imports.

Other films include: THE DREAMERS OF ARNHEM LAND (ARTE-FRANCE/GERMANY/TG4 IRELAND) -how Aborigines ensure their cultural survival in northern Australia; REGOPSTAAN’S DREAM (FRANCE 5, SABC) the last surviving South African Bushmen are reclaiming their land in the Kalahari Gemsbok National Park, and HARD DRIVE – on the cyber-information war, for CHANNEL FOUR (UK). He has directed numerous reports on globalization, environment, migration and human rights for BBC World Television and the United Nations. He holds New Zealand and French nationalities. 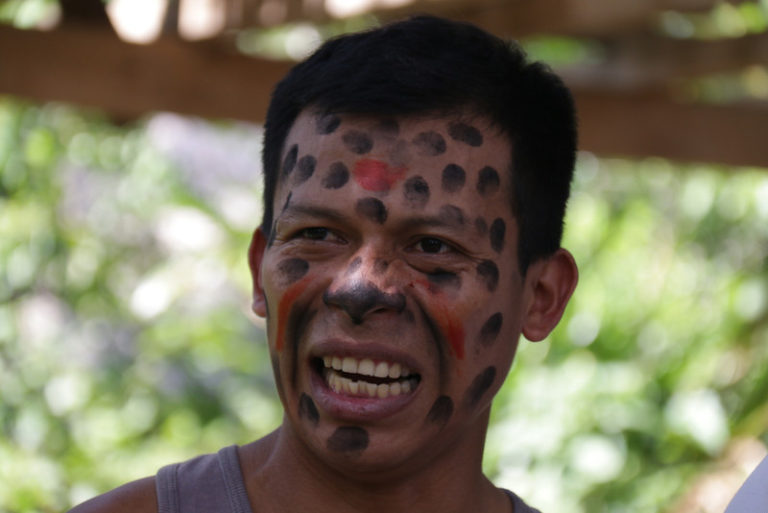 Some 25 years ago I came across the story of the extensive oil pollution of Ecuador’s Amazon and the story of the Waorani – the only tribe to successfully keep oil companies off most of their land.

Filming over 3 years, I was able to tell the Waorani’s story and document the efforts of the Ecuadorean government and the U.S.oil company Maxus to take over their territory. They followed in a long line from the Spanish conquistadors, gold miners, rubber barons, missionaries and military. That film, TRiNKETS & BEADS, helped the Waorani gain national international support and the Ecuadorean government placed a halt to further oil drilling.

In 2013 I learnt that the government was planning to re-open Waorani territory to oil. Once again the Waorani would need to mobilize to prevent their forest and culture from being destroyed. Tribal leaders agreed it would be important to film events as they unfolded. I returned to Ecuador in 2014 and kept filming for 4 years – while the essence of the story was the same, the levels of manipulation and exploitation had profoundly increased , as had the sophistication of Waorani’s response. At a time of generational change – where the tribal elders who remember first contact are being replaced by Spanish speaking, educated Waorani who are negotiating a complicated existence between two worlds, my hope is that both films will provide a visual record of the unique culture and resilience of these extraordinary people.