Pixinga is a Brazilian farmer who fights for the survival of peasants in the Brazilian region of Carajas, which is very rich in iron and in other minerals and it’s occupied, for more than half of its area, by the mining giant Vale. Egbert works strenuously in the German town of Duisburg, in the hearth of the Ruhr basin, on the conversion of a huge steelworks, reclaimed after its closure, into a natural park, where today you can go biking between blast furnaces now inactive and, next to the old conveyors, you can swim in the river. Grazia, a pediatrician from Taranto, has a bee in her bonnet: the closure of the steelworks of her city, so she won’t have to explain anymore to her little patients why the kids, and their parents, in Taranto die before the others.
Through an intimate observation of the three protagonists’ daily life, in three symbolic places of a global production, “Spirits I’ve called” describes the impact of the mining and steel industry on the fragile natural balances and on the health of people living close to the production sites. Moreover, the documentary film shows the personal effort that each of the three protagonists makes against the blind exploitation of human and natural resources, devoted to an endless over-consumption.
Between labour struggles to keep hold of the lands, and life timed by breakfast of milk just milked and bananas’ harvesting, Pixinga takes the spectator on a journey as fascinating as it is tragic, in the heart of the violated Amazon rainforest, until the immense mine of Serra Norte, the biggest open-air mine in the world. In perpetual motion through the streets of the district of Tamburi, the neighbourhood close to the steelworks of Taranto where many of her little patients live, Grazia embodies the twenty-year fight of associations and citizens’ committees against pollution, caused by the chimney’s dioxin emissions and by the constant exposure to iron powders that cover the streets and the buildings of the Apulian city. Egbert, guardian of the recovery of one of the most polluted European region in history, suggests to the spectator how to act individually, in a simple but effective and consistent way, to resist the call of a consumption model no longer sustainable, disrespectful of the natural cycles and of the fundamental rights of people and their community.

Chiara Sambuchi was born in Pesaro, Italy. She studied Philosophy and classical guitar in Italy, Film studies in Germany and Berkeley. She worked as a producer for the correspondent office of RAI in Berlin, for the production company cine plus and co-founded in 2001 the production company LAVAFILM. She has directed documentaries and reportages for several European broadcasters like ARD, ARTE, ZDF, YLE, RAI, and History channel. Her feature length documentary films “Wrong planet”, “Good morning Africa!”, “City of women, today” and “Lost children” were and are still presented at major film festivals around the world. She has directed documentary films in post conflict regions of Uganda, in rural areas of Ruanda, in refugee camps at the European borders during the refugees’ humanitarian emergency in 2014 and 2015, she was the first journalist who shot a docuementary film about the refugees rescue mission “Mare Nostrum” on a ship of the Italian Marine. Her “Lost children. Thirty thousand minors missing” has been nominated at Prix Europa 2017 for the best European intercultural television programme of the year and got the honorable mention at the Prix Media of the French “Enfance Majuscule”.

Chiara Sambuchi also contributes as speaker and lecturer at panels and seminars related to the topics of her work, organized by universities, European institutions and NGOs.

Since Sommer 2019 she works as a freelance film director and writer and collaborates with several production companies. 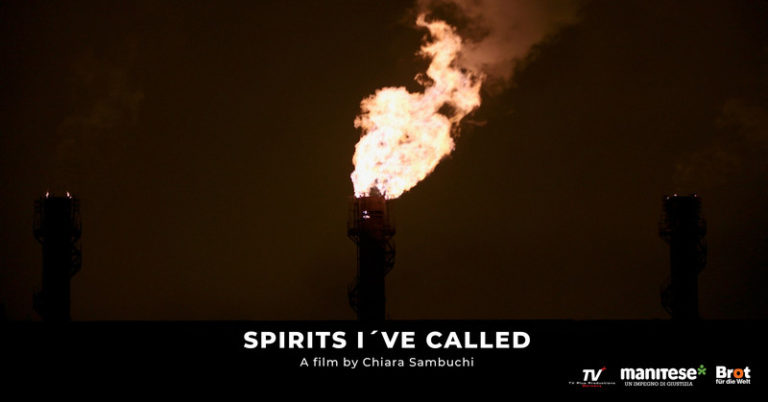