Bees are some of the hardest working creatures on the planet, and because of their laborious work ethic, we owe many thanks to this amazing yet often underappreciated insect.

Amit Godse, popularly known as Bee Man has been relentlessly saving honey bees in urban India since 2013. He is the founder of a social enterprise ‘Bee Basket’ which works towards conserving bees, training people in beekeeping and raw honey distribution. 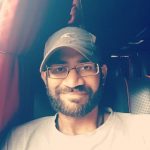 Bidit Roy, is a self-taught documentary filmmaker and animator based in Pune. Born in the sunshine state of Rajasthan, Bidit spent two years working as a software developer in Pune before entering the creative industry professionally. He produced and directed his first documentary ‘Madhur Bhav’ in 2015 while he was working full-time in a corporate. The positive reception encouraged him to explore the non-fiction genre even more. His next documentary ‘Bamboo Lawada’ got officially selected for 6 national and international film festivals. His third documentary ‘The Bicycle Maker’ got selected in 9 international film festivals.

Since then he has developed a greater interest towards non-fiction stories and loves to travel in its pursuit. 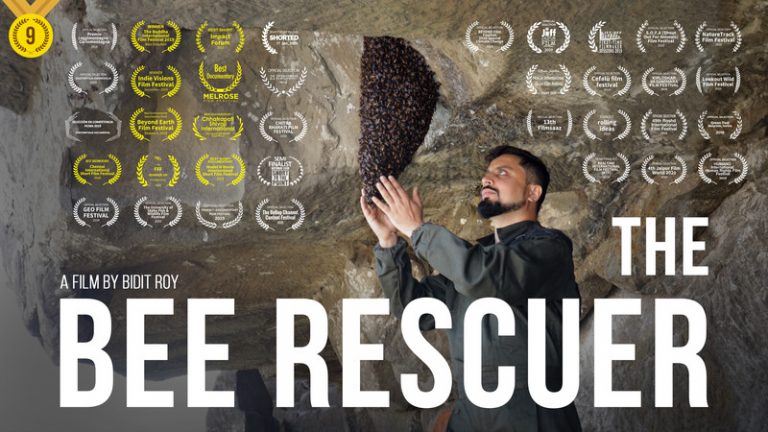 I met Amit Godse in Jagriti Yatra, thanks to my co-travellers who connected me to him. Amit’s nature of work caught my attention and then just a quick Google search sputtered more fascinating things about his journey. The idea to craft a short film around him and the lesser known world of bees became my priority after the Yatra.

Later I watched the episode in the ‘Black Mirror’ series where you see robot bees pollinating crops across the fields. That’s a grim possibility we hold if things go on the way it is now. Bees, bumblebees and other pollinators are vanishing at an alarming rate, due to the increased deployment of pesticides. Amongst all the insect pollinators honey bees are still the world’s most important pollinator of food crops and contribute significantly towards global economy.

Thus began our 14 month long production in the month of February 2018. The filming happened sporadically and at an unexpected rate during which I realised even more that the awareness regarding saving honey bees is very less in urban India.

Bee Basket is a social enterprise founded by an engineer Amit Godse, fondly known as the Bee Man. He and his team are committed towards saving bees and promoting them by urban beekeeping and training tribal honey gatherers.