In times of rampant populism and growing mistrust of the elite, director Marcus Vetter accompanies the 81-year-old founder of the controversial World Economic Forum over a period of two years, as he works to achieve his mission: improve the state of the world. When Klaus Schwab writes a letter to climate activist Greta Thunberg after her appearance at the WEF 2019, a dialogue begins between the generations that gives hope. Can Klaus Schwab‘s vision bear fruit and can the WEF contribute to solving global problems? Or is it just another part of the problem and does it ultimately serve the interests of the global elite alone? 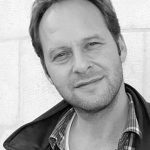 Marcus began working as a TV editor, producer and director in 1994 at the ARD station SWR after graduating with a degree in Economics followed by another in Media Theory and Practice. His studies included long term stays in Buenos Aires and Madrid as well as practical internships in the media and film business. He was selected for the Discovery Campus Master School in 2004, a 10-month European training program in international co-productions in the nonfiction sector.

His films have received attention at national and international film festivals and won numerous prizes, including three Adolf Grimme Awards – the German equivalent of the Emmy, and one German Film Prize – the German equivalent of the Oscar. Marcus’ work first came to the attention of an international audience with his 1999 film “The Tunnel”, a docu-drama about a legendary escape tunnel in Berlin. The film received the Grimme Prize, a Special Mention at the Prix Europa and was selected for HotDocs. He went on to make numerous films including “The Battle for Brukman”, about rebellious seamstresses in Argentina and The Unbreakables, an award-winning feature doc on industrial glass making in Germany that was released theatrically in 2007. Also in 2007 his film “My Father the Turk” won the Golden Gate Award in San Francisco and was selected for the IDFA, Gothenborg, Barcelona, Ecuador and Ukraine Film Festivals among others. He has gone on to make “After the Silence”, “The Heart of Jenin”, Cinema Jenin”, “The Court” and “The Forecaster”. His latest film – THE PROMISE – has opened the section “New German Cinema” at the Munich Filmfestival in June 2016 and will have its theaterical release in Germany in October 2016. 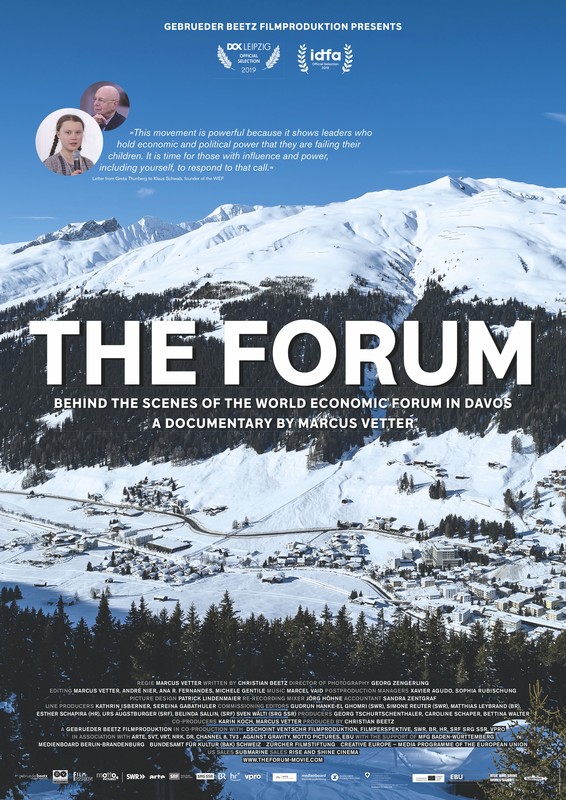 At first, I was skeptical: What exactly does the WEF do, what do “those up there” get up to behind closed doors and are there concrete results or just a lot of talk? I was curious to hear what vision drove Klaus Schwab, the founder of the controversial World Economic Forum, 50 years ago when it all began. I met a very interesting person, full of passion and for his age, he looked young and agile. I learned that in 1971, as a young man, he had an idea: “What if you talked to the world’s most powerful managers about ethics, could you steer the world in a better direction?” He adopted the multi-stakeholder model from business, which says that a company must commit itself not only to its shareholders but also to its employees, the environment and civil society. I could see how he was still convinced of this idea half a century later. He had dedicated his life to it. I wondered at what point his idea had failed. Or maybe it didn’t fail at all and it‘s just prejudices that make us so critical of this controversial elite meeting in Davos? Then why don’t we feel anything of a change in the world for the better? Would Klaus Schwab admit that his vision has fallen by the wayside? At a time when the elite are being voted out of office by the electorate, by the people, when confidence in the system is being lost, I thought it is the right topic at the right moment. The film could be a “sign of the times,” with a man at the center who dedicated his life to the question of whether one can change something as an individual and inspire others to do the same, namely the powerful people of this world. Yes, I thought this topic was worth a feature-length documentary film.